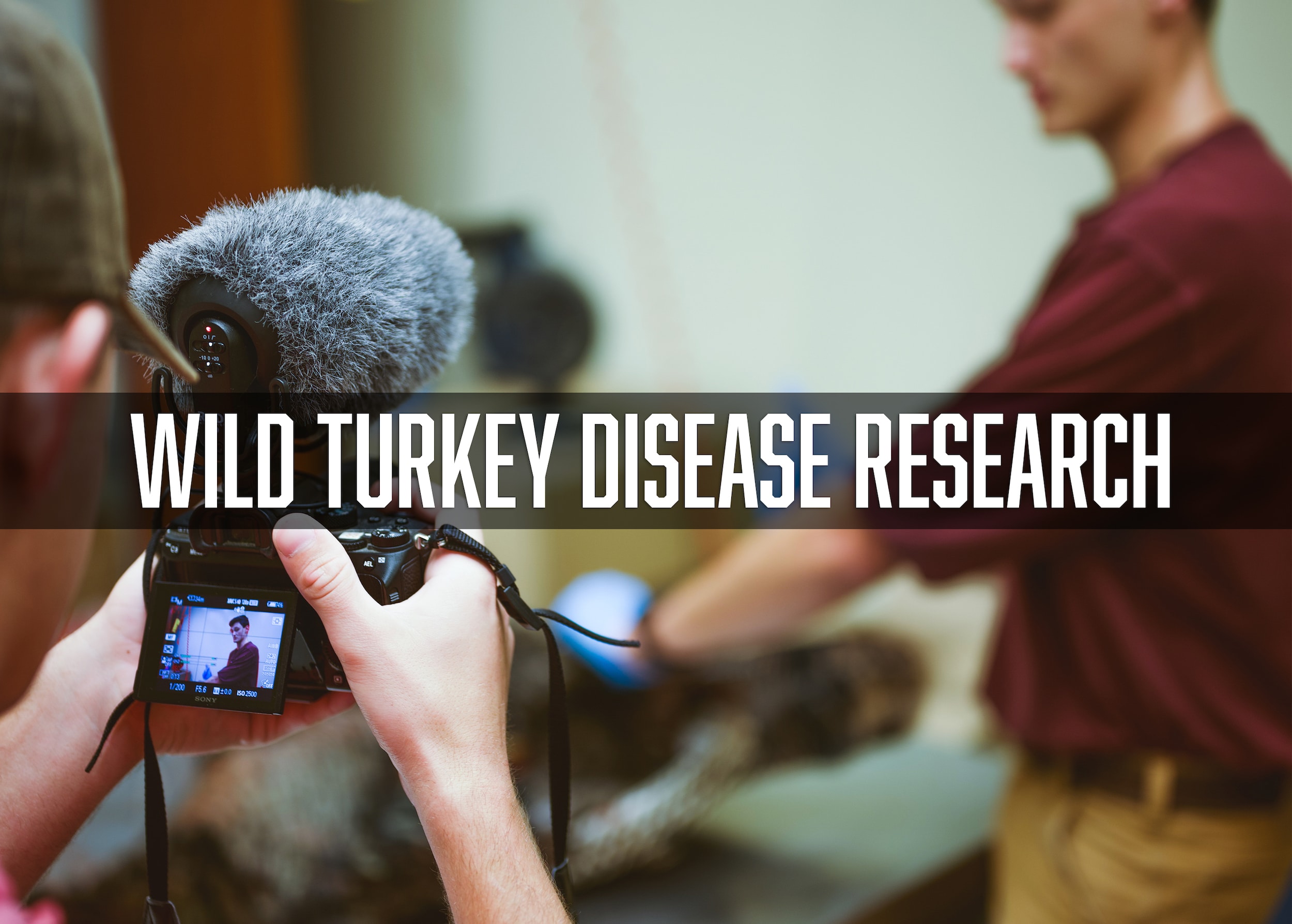 If you mentioned Lymphoproliferative disease virus, also known as LPDV, most turkey hunters would not be aware of what the virus was. LPDV is a virus that was first known to affect domestic turkeys in the 1970s. It first appeared in wild turkey populations in North America in Arkansas in 2009. With the decline of wild turkeys across most of North America the question has been asked does LPDV play a roll in the decline?

LPDV is a type-C retrovirus that causes the formation of tumors in internal organs which can result in disorientation, weakness, lethargy, starvation, and death. Scabby nodules can also be present on the legs and head. Multiple tan nodules in the organs, enlarged spleen and liver, thickening of the intestinal wall, and pox-like skin nodules are indicative of LPDV infection. Turkeys with this disease may also have a coexisting infection of Avian Pox virus.

One of the main goals of Turkeys for Tomorrow is to determine what could be the cause of declining wild turkey populations in North America. With the help of our friends and partners at Auburn University we sat out to do just that. Dr. Will Gulsby, Associate Professor Wildlife Ecology and Management Auburn University, was provided with funding from TFT to implement a disease and fertility research project. 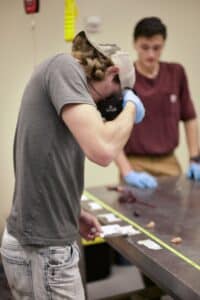 Dr. Gulsby and his team were able to collect over 400 male turkey carcasses from hunters across Alabama. There were carcasses provided from 48 of the 67 counties in the state. That equates to 71% of the state being represented in the study. These carcasses were taken to the necropsy lab at Auburn University’s school of Wildlife Sciences for sampling and analysis.

Graduate students under the supervision of Dr. Gulsby dissected and removed various organs and tissue samples from the carcasses. The spleen, testicles, liver, and portions of specific bone were removed so that they could be analyzed at participating labs. Testing is not only planned for LPDV but for other pathogens such as reticuloendotheliosis virus (REV) as well as select hemoparasites (Haemoproteus spp., and leucocytozoon spp.)

The goal of Dr. Gulsby and TFT is to document the prevalence and distribution of LPDV in Alabama, in case future evidence suggests the disease influences turkey populations. Dr. Gulsby and his team will also look for a direct correlation between fertility and disease. TFT is dedicated to funding the type of research Dr. Gulsby is conducting so we can gain a better understanding of what may be affecting the wild turkey. Armed with the information and knowledge TFT gains from this study we will be able to present Dr. Gulsby’s findings to state wildlife agencies. The information provided to them could be vital in determining the future of the wild turkey. This information can also be shared with other states conducting research related to LPDV. 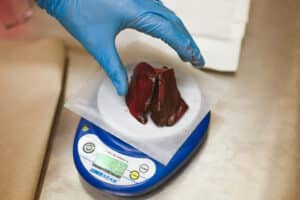 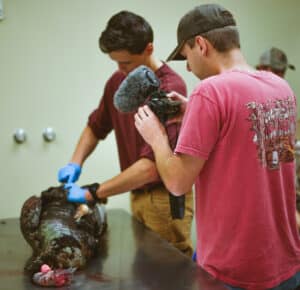