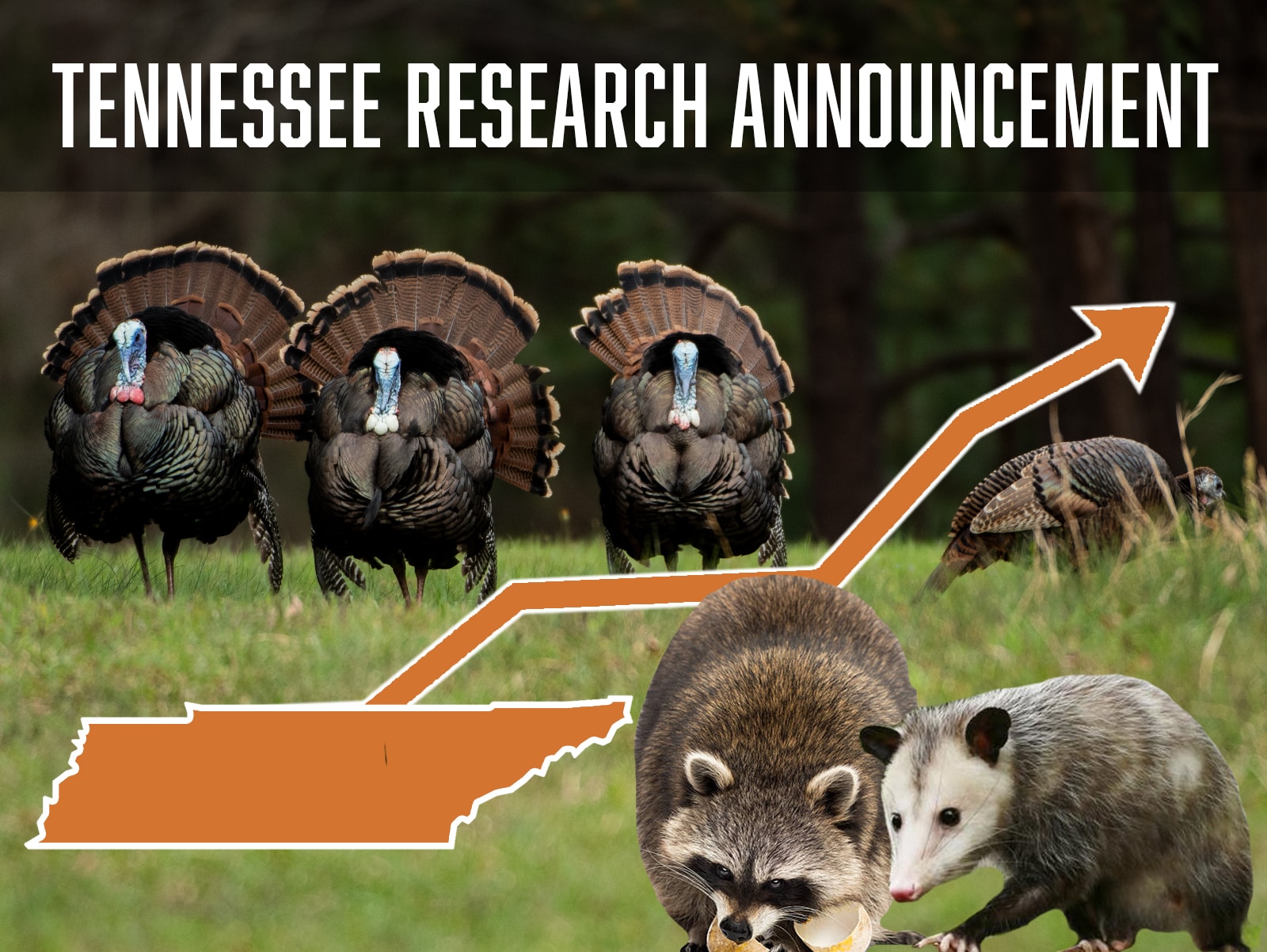 Turkeys For Tomorrow is helping restore turkey populations in Tennessee by contributing funding to an ongoing research project in Spring 2023.

Dr. Craig Harper and Dr. David Buehler, both with the University of Tennessee, have led a comprehensive study of wild turkey ecology and management in five counties of south-middle Tennessee for the past six years. Their preliminary findings are both striking and encouraging. In brief, findings indicate low nest success and poult survival as a result of predation is limiting the population, and a two-week delay applied to the hunting season’s opening has not impacted any aspect of reproductive success. By helping fund an additional year of study, Turkeys For Tomorrow will help Harper, Buehler, and their team collect another year of data that will include reproductive success, survival, habitat use, and a predator index, all of which will help provide managers and agencies with information needed to make key decisions related to the impact of predators and season-date decisions on public and private lands.

Because the Tennessee Fish and Wildlife Commission has set the entire state’s spring turkey season later by two weeks for 2023, researchers have the unique opportunity to record and analyze gobbling activity and correlate it to hunter success and satisfaction through the end of May. The opening of turkey season has been delayed by two weeks in five Tennessee counties for the past several years, but that delay did not extend the season — it just subtracted two weeks from the total available hunting time. Beginning in 2023, the season will be moved back two weeks statewide. This move leaves hunters in Tennessee with the same number of days to hunt by extending the season through the end of May. Researchers on the Harper and Buehler project are uniquely positioned to measure gobbling activity through that time and correlate it with hunter success and satisfaction.

“Support from Turkeys For Tomorrow will be critical in allowing us to conduct an additional year of our work to the level at which it should be conducted,” Harper said.

“We believe it’s important to understand what needs to be done, then actively do it,” said Ron Jolly, co-chairman of Turkeys For Tomorrow. “This study confirms what we’ve long believed: predators are limiting turkey reproduction and recruitment into the fall population. Predator numbers likely are at an all-time high, and they are eating turkey eggs and turkey poults at an alarming rate. The Tennessee study is documenting just how much pressure predators are putting on turkey survival. We’re honored to be part of the work Harper and Buehler are conducting.”