TFT ALERT: CONSERVATION IS UNDER ATTACK! 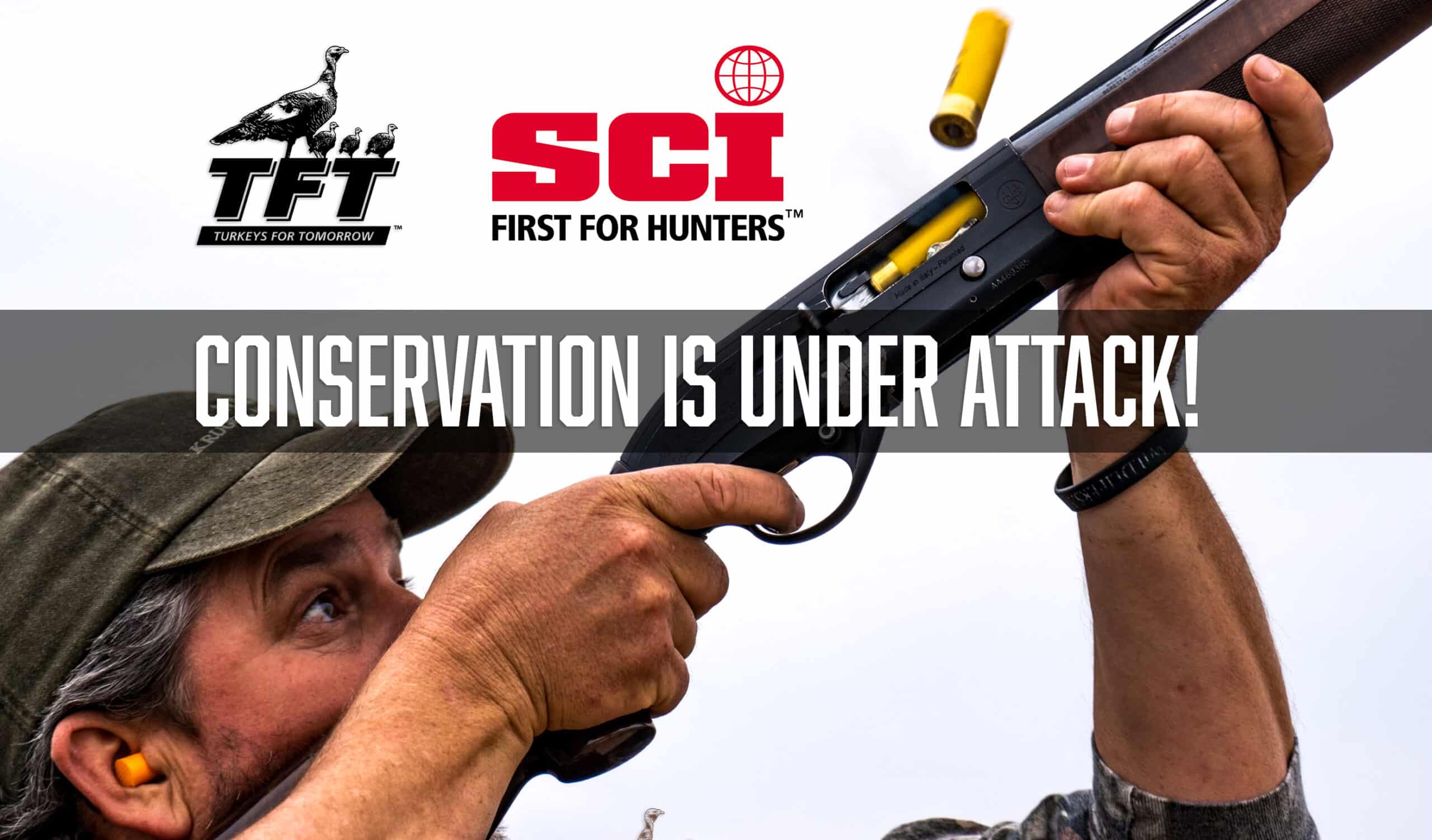 Turkeys For Tomorrow encourages everyone to TAKE ACTION TODAY and protect conservation and your freedom to hunt! Use the link below and OPPOSE this Anti-Conservation Bill in Congress Now!

For 85 years in the United States, the Federal Aid in Wildlife Restoration Act, also known as the Pittman-Robertson Act, has raised billions of dollars for wildlife research and habitat acquisition. The Pittman-Robertson Act, which is funded by a 10 to 11 percent excise tax on hunting gear, including firearms, is arguably the most important source of conservation funding in the United States.

H.R. 8167, Representative Andrew Clyde of Georgia has taken aim at Pittman-Robertson’s current funding in the name of Second Amendment rights.

According to Safari Club International “This bill would eliminate a primary funding source for state fish and wildlife agencies.  Since 1937, The Pittman-Robertson Act has put $15 billion towards wildlife conservation, hunter recruitment, construction of public shooting ranges and other activities.  In fact, the excise tax directed by Pittman-Robertson generated more than $1 billion in funding last year alone.”

Turkeys For Tomorrow states, “The Pittman-Robertson Act provides the fuel for the most successful conservation initiative on the planet, the North American Model of Wildlife Conservation. This self imposed tax on hunting goods has provided 15 billion dollars for wildlife management.”

TFT encourages all hunters and conservationists to loudly express their disapproval of House Bill 8167 immediately! If not hunters, if not you, who will?

TFT and other NGOs feel The Pittman-Robertson American System of Conservation funding is a system that works for hunters, states, and wildlife. “With anti-hunting sentiment growing culturally in the United States, the last thing Congress should do is remove the hunter-funded system of conservation.” – SCI

According to Field and Stream “Clyde also wants to repeal the $200 tax on Class III guns and believes any state and local sales taxes on guns are illegal. In addition to eliminating the excise tax on guns and ammunition, Clyde’s bill also would remove taxes on fishing rods and limit taxes on outboard motors and tackle boxes to a 3 percent rate. He proposes to use “unallocated funds” from leases from on- and offshore energy exploitation on federal lands. Those funds are collected by the Department of the Interior and total between $6 and nearly $12 billion a year depending on the level of leasing. The energy lease revenues, which tend to fluctuate widely, are already divided among other competing needs, including the Land and Water Conservation Fund.”

Conservationists and hunters alike led the original effort to create the Pittman-Robertson funding system during the Great Depression. If we do not take a stand against H.R. 8167, our country’s state wildlife agencies, and critical conservation organizations will find themselves in severe financial jeopardy.

6 thoughts on “TFT ALERT: CONSERVATION IS UNDER ATTACK!”

turkeys for tomorrow is a 501(c)3 non profit organization